This was among the hopes of the Deputy Governor of North Sumatra (Wagubsu), Musa Rajekshah, after the launch of the UMA Agricultural Science Doctoral Program. “In addition to the future HR is superior, because indeed North Sumatra is the largest area of agriculture, it is expected to be able to train farmers in our area about new things to increase agricultural production,” said the man who is known as Ijeck. Ijeck also hopes that the UMA Agricultural Science Doctoral Program is also useful in the future to be able to provide knowledge on how to market agriculture to farmers in North Sumatra. “In order for a good product, a superior product can be accompanied by a stable market price and can also be accepted and hopefully North Sumatra can export agricultural products going forward,” he said.

Meanwhile, Chairperson of the Hajj Agus Salim Education Foundation UMA, Drs. Erwin Siregar MBA said, the Agricultural Science Doctoral Program was opened at the request of the community, especially providing experts who have competencies, especially in the agricultural sector doctoral program, all of which have been fulfilled. 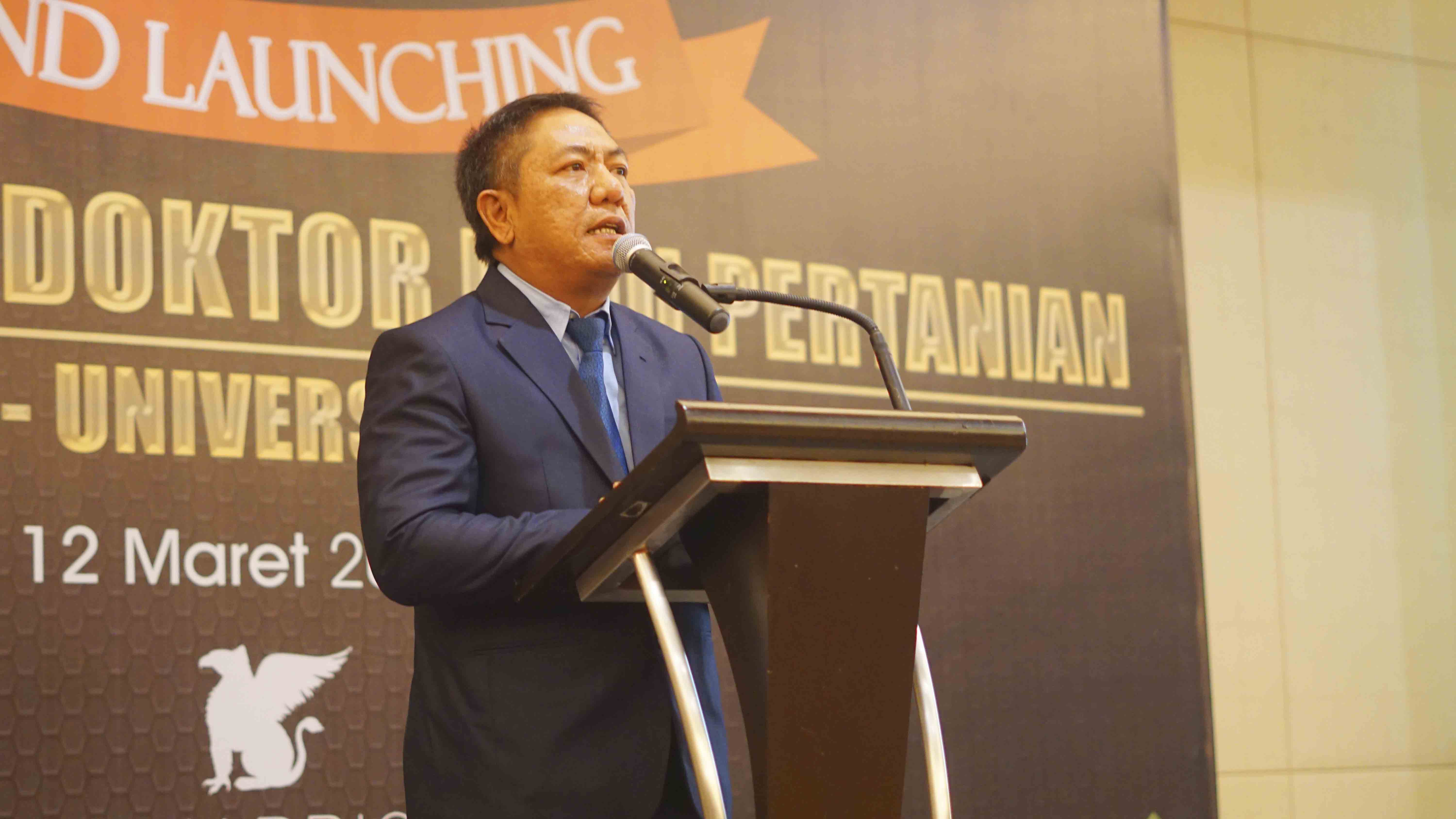 “The government sees that UMA has very good achievements, especially accreditation, on average, gets an A from the accreditation body. In addition, the library received an assessment and finally the UMA received the green matrix award at the end of 2019 for the national level and number 2 for the North Sumatra level, “he said.
It was stated, UMA was currently preparing the teaching staff who were currently carrying out further education. “There are about 46 lecturers that we send to school both at home and abroad. UMA has implemented a digitalization (paperless) learning system. UMA has also established cooperation with universities both at home and abroad, “he explained. While the UMA Chancellor Prof. Dr. Dadan Ramdan MEng MSc added, the UMA Agricultural Science Doctoral Program is ready to carry out the doctoral program and ensure it runs according to the correct rules and standards, of course, the lecture hall, laboratory, and six permanent lecturers and two additional lecturers. “The teaching staff consists of 8 professors, and 18 doctors who are in accordance with the rules and standards specified,” he said.
Read more
INDONESIAN VERSION
Telah dibaca: 438